When does an ATM radar actually see an aircraft, and when does it only see one target (instead of a formation of warplanes). Why does a radar sometimes miss an aircraft. Here some explanation.

A radar only sees objects in its radial direction, meaning the objects that the radar's main lobe points at in this very moment.  The radiated power in such a lobe is far from linear. To simplify the  consideration radar experts use the following trick: they just consider the the section of the beam within the angle Θ between maximum power and the point where the power goes down to half power (in dB, this means - 3 dB). We call this area: aperture or half-power beam width. In this simplified consideration we consider the power within the beam as equal, and outside as zero. 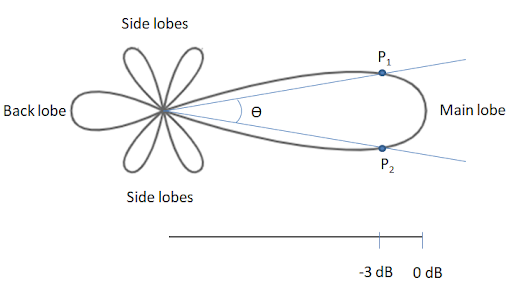 The radar can differentiate objects along its radial direction (“range”). It will see objects that are sitting closely side-by-side, but within the main lobe of the radar as one object.

Whether or not a radar sees two objects along a range, depends on what we call the range resolution.

Let us look at an operational radar in air traffic control. If the radar’s range resolution is 500 m, a radar will consider each object closer than 500 m as one object. You will dive deep into the concept of range cells and range resolution at a later point, including how to optimize it on specific purposes.

Let us look at the following illustrative example. 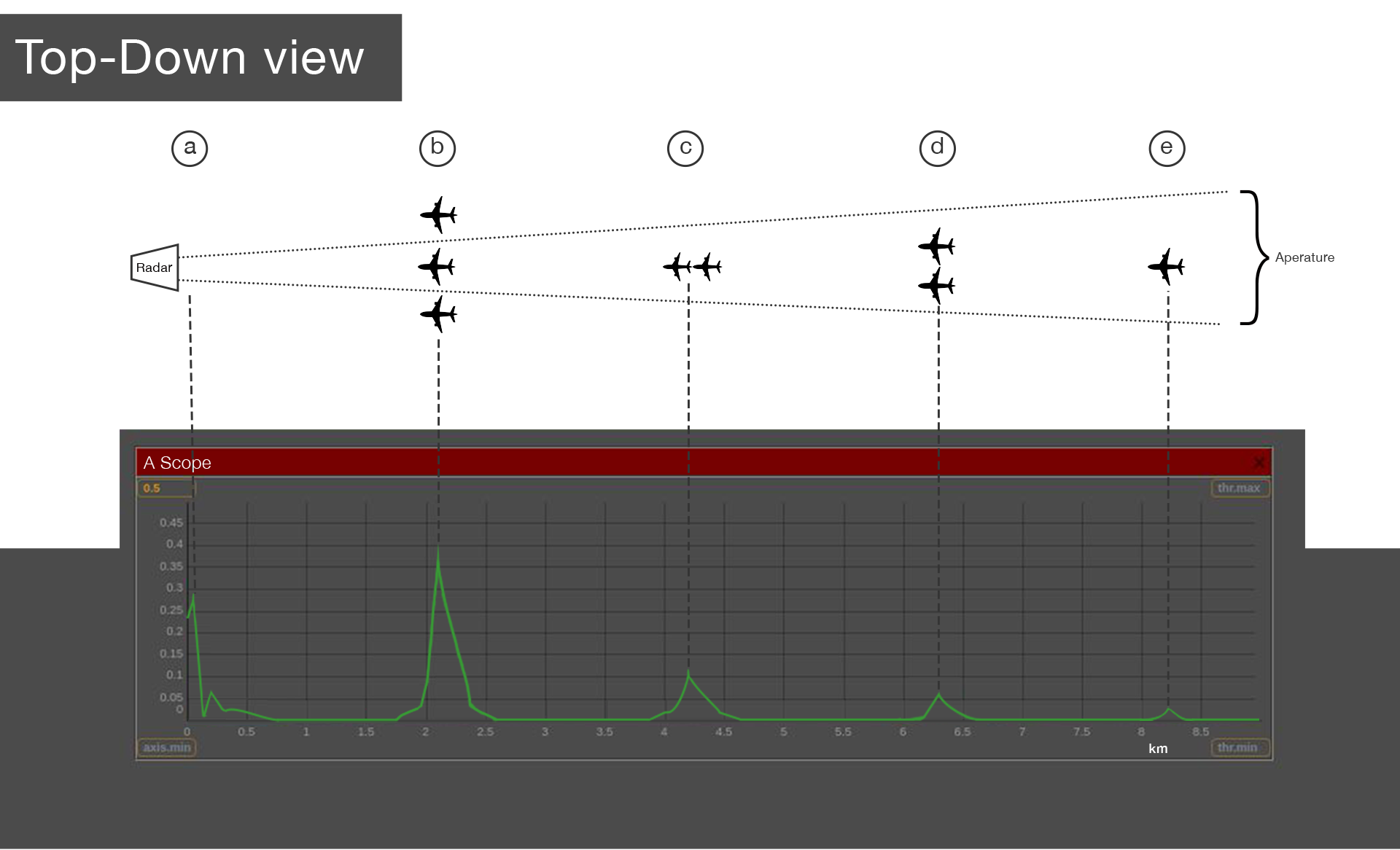 We see an A-Scope which shows along the X-axis a range of 9 km. You see that the amplitudes get smaller, the further we get away from the radar source. This damping effect certainly does not surprise you, but it is important to be aware of it.

Let us assume that our radar has a range resolution of 500 m.

The first thing that you will see on the A-Scope is at position a) a peak which shows the reflection of the radar itself. You already learnt how to get rid of this unwanted peak.

When we look at position b), there are 3 aircraft. But only the middle one, which is in the funnel of the radar beam (aperture) is seen.

Position c) shows another challenge. Two aircraft are flying so close to each other that their distance is smaller than the actual range resolution.

Position d) show one more challenge. Two aircraft are flying side-by-side. For the radar this is only one reflection. They are both within the radar beam. But as the radar only differentiates objects along its range, it cannot differentiate them.

The last one at position e) is captured by the radar, but you can already see that the amplitude is getting smaller, as it is further away than the aircraft in a), b) and c). (This could be compensated with technics like Sensitivity Time Control STC).

Below we repeated a similar situation in a horizontal view.

You see in position b) that aircraft can fly above or below the radar’s vertical aperture. They remain undiscovered by the radar. Also in position d) where two aircraft fly above each other, the radar only recognizes one single target. 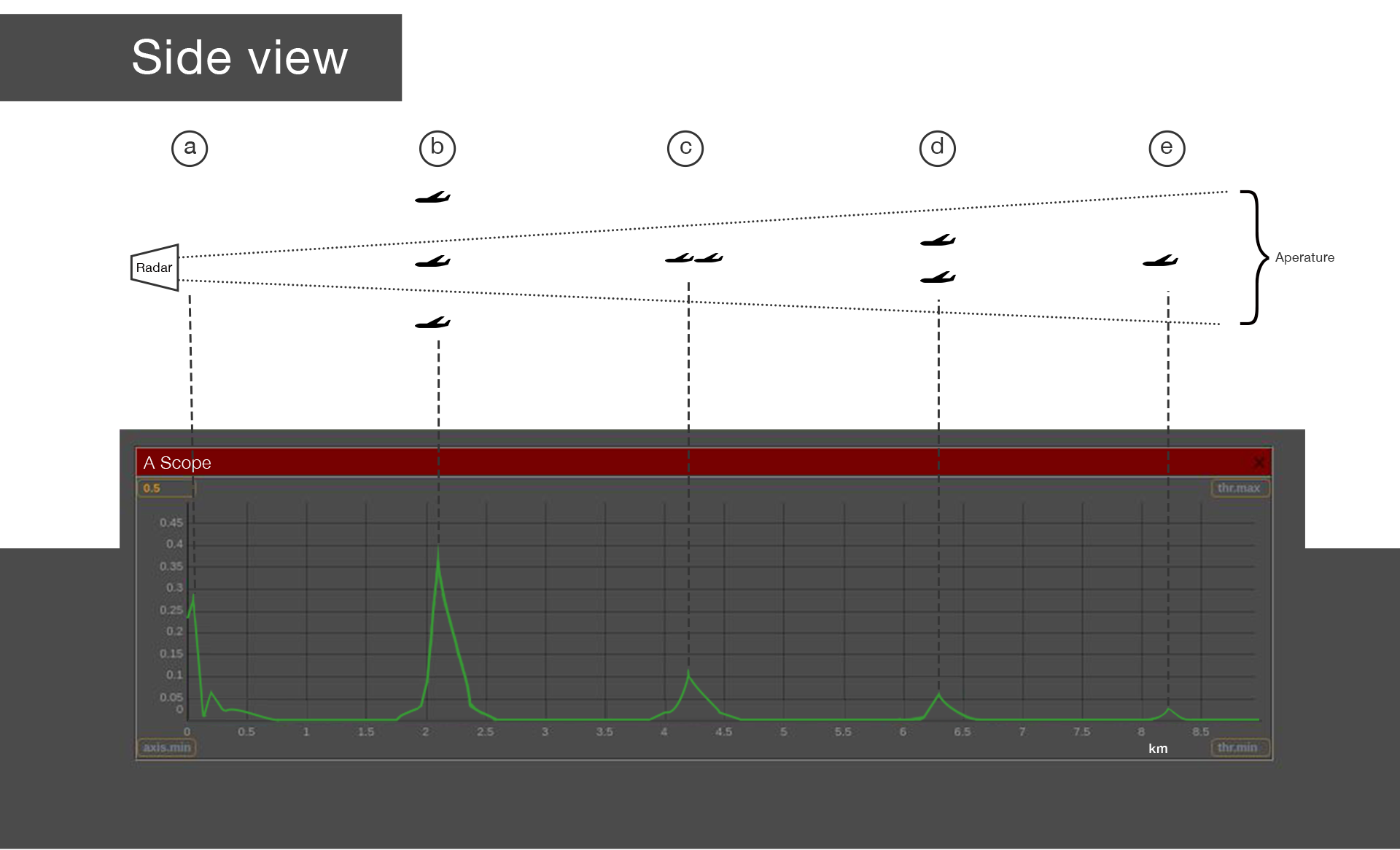 Military forces make use of that weakness and fly in “formation”, with aircraft flying very close to each other (c and d), or they simply fly below the radar, meaning very close to the ground (b).

SkyRadar’s 8 GHz training radar is the perfect playing field to practically experiment on the concept of range resolution. 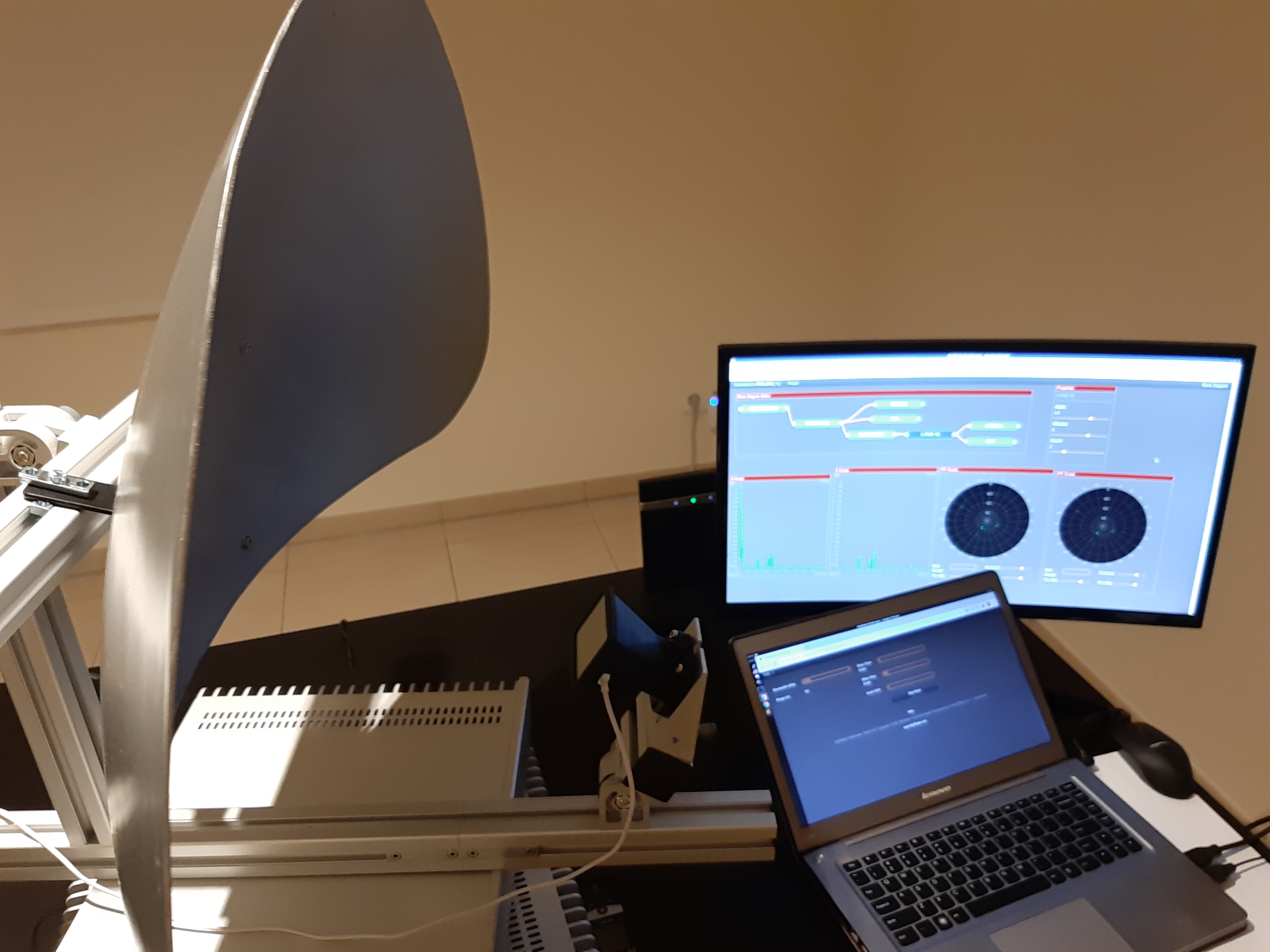 Image above: SkyRadar's 8 GHz pulse radar and the FreeScopes Training Environment, where block-diagrams and scopes can be placed in real-time connection with the radar

In our 3D Tower & Radar simulator, you can experiment with ways and procedures to detect aircraft, even when they try to hide. 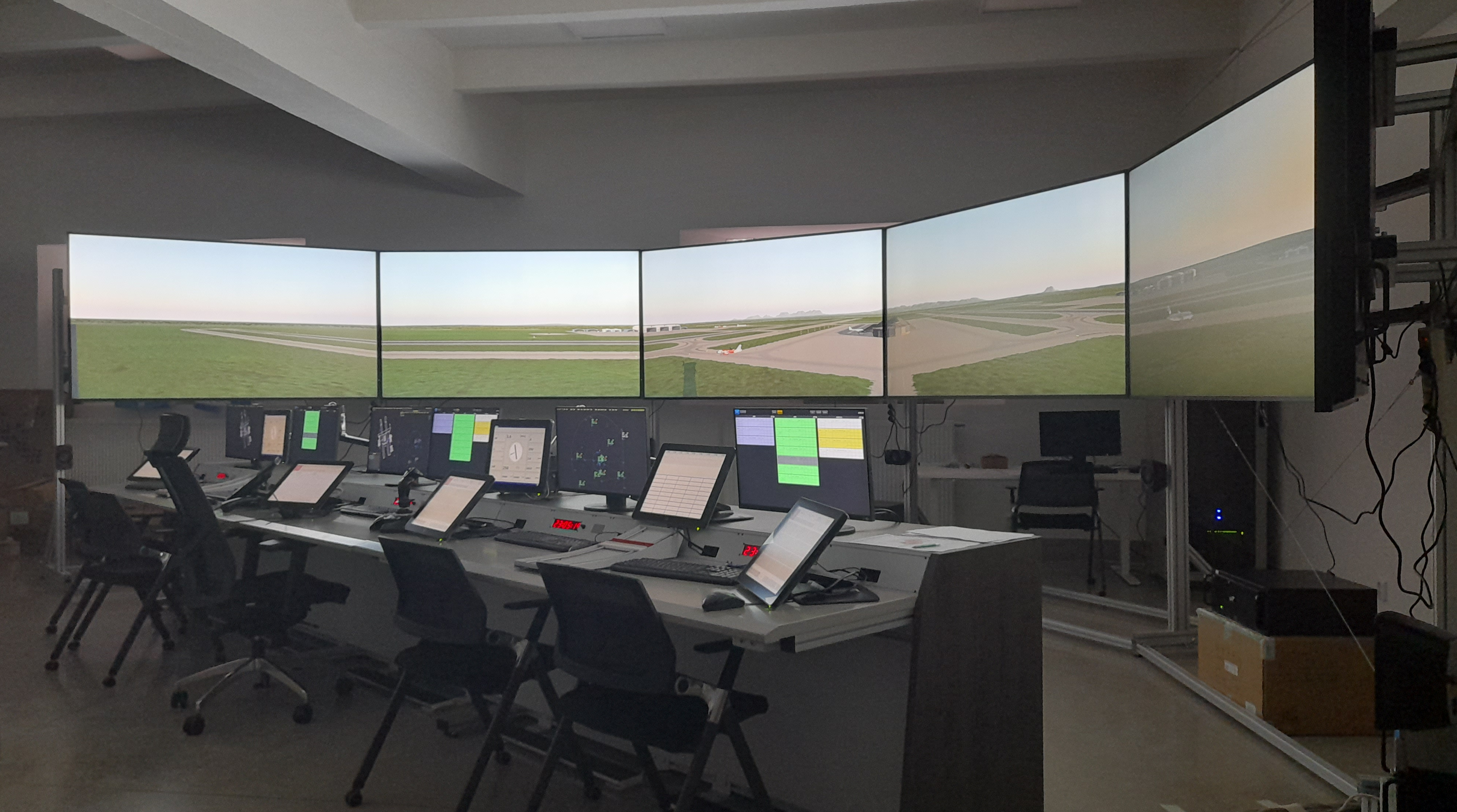 Radar Operators, Don't Get Tricked by Aircraft Flying in Formation !