SkyRadar's 8 GHz Pulse radar emits in the X-band, the band used by ATC Area Control Radars, but also by the military and the marine. The transmitter can emit very short pulses through the antenna and monitor the reflected pulses. The pulses are reflected of fixed and moving objects.
The signals are digitally processed using a Digital Signal Processor (DSP), data is visualized through the analysis and visualization software SkyRadar FreeScopes. With a range resolution better than 10 cm and a pulse width of 0.5 nsec it is the most accurate training pulse radar in the market. The number of concurrent users practicing independently is not limited.

The following subjects can be trained with the system, depending on the included FreeScopes Packages: 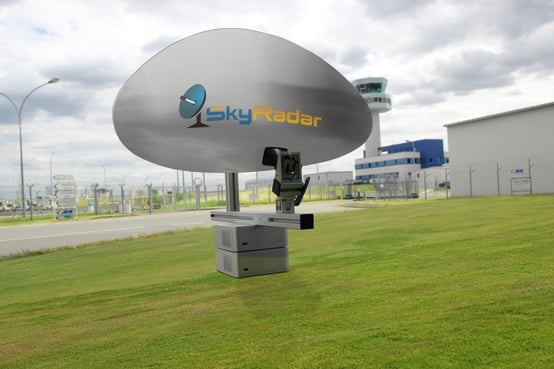 The system can be supplied in a package with several extensions of FreeScopes or it can be extended progressively.

Hereafter we introduce the modules for virtual control centers:

All Data can be transferred in real-time to a numerical analytics environment like MATLAB with SkyRadar's freely available programming interface (read more).

The system can be extended with various elements like
Rotary Tripod, CloudServer, Synthetic Aperture Radar and more.

Look at our suggested reference configurations such as

The system comes in its basic configuration with
NextGen 8 GHz FreeScopes Basic I.

The users are enabled to do manipulations independently on their computers. Free floating panels of the FreeScopes Control Center allow each student to set up his own signal conversion chain, analyzing raw data, data after FFT, STC etc.

It is a basic configuration of a Virtual Radar Control Center, allowing  for control and visualization of the  8 GHz pulse radar

The principles of Radar Systems can be trained.

The data can be visualized through included virtual instruments:

The Control Center reads out I and Q data, from SkyRadar's 8 GHz NextGen Pulse Radar.

It includes several controls such as

The users are enabled to independently run experiments on their computers.

Thanks to a high resolution dual channel sampler, FreeScopes allows to analyze the I and Q data independently and in an integrated version. This performance exceeds the performance of any other existing radar training system worldwide. 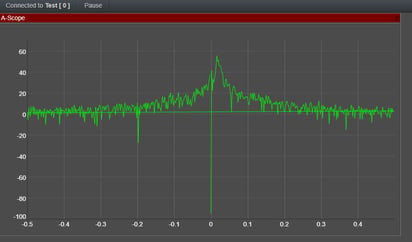 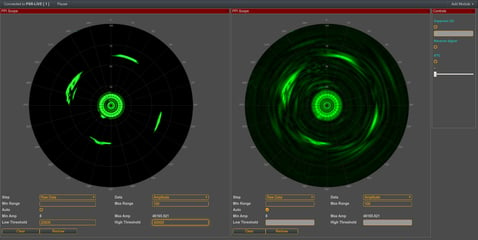 We also suggest to use the FreeScopes Extension Basic II

The Module provides a set of features including: 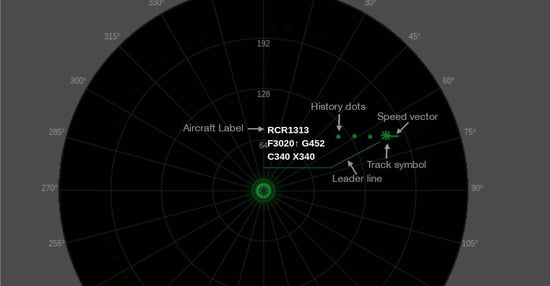 This module is mandatory for ATCO and ATSEP students.

The FreeScopes ATC Module provides a set of features including:

It makes the step from the theoretic understanding of the radar image to typical conventions on how target plots and tracks are displayed.

The included features are a landmark in practical radar training as they are missing in most of the training radars available in the market. But being qualified on plots and tracks is mandatory for ICAO 10057 oriented qualification. 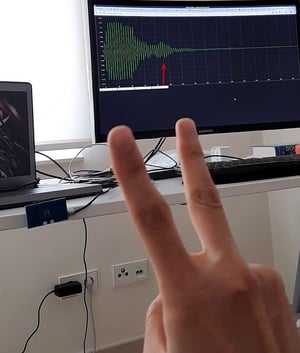 Overview of the key technical features:

Table : Operative characteristics of the Receiver (subsection of the Transceiver)

Table : Operative characteristics of the antenna including the parabolic reflector

Delivery and Export Regulations based on European Law

SkyRadar produces products to train the civil use of radar equipment. We actively take that mission to makes this world a better and safer place. We do not provide goods which are in conflict of the dual use regulation (unless with specific written consent of the European Regulation Bodies and if the purpose is a peaceful one). SkyRadar has received a general export permit 40066564 dated 22.08.2011.

SkyRadar emphasizes that the COUNCIL REGULATION (EC) No 428/2009 and its amendments are the only authentic legal reference and that the information in this document does not constitute legal advice.

According Paragraph 6A008, goods are subject to the above stated Regulation, when they comply to the following criteria:

The dual use regulation, in particular paragraph 6A008 does not control "Displays or monitors used for air traffic control (ATC)", as done by SkyRadar FreeScopes.

Section l.1 of paragraph 6A008 addresses "Automatic target tracking" providing, at any antenna rotation, the predicted target position beyond the time of the next antenna beam passage. This paragraph however does not "control conflict alert capability in ATC systems". Only that is done by the SkyRadar FreeScopes software. Target tracking in terms of trajectory projection, as done by military systems is explicitly excluded and not part of the system.

Paragraph 6A108 concerns Radar systems and tracking systems, other than those specified in entry 6A008. It covers Radar and laser radar systems designed or modified for use in space launch vehicles specified in 9A004 or sounding rockets specified in 9A104. This is not applicable to the SkyRadar training equipment.

SkyRadar's base unit is a close range training and research radar for indoor and outdoor experiments.

Get the most suitable arrangement for your requirements

Choose the FMCW from a range of different configurations and Labs

At the leading edge of security provision within its key markets, Cryptomathic closely supports its global customer base with many multinationals as longstanding clients.