ICAO's requirements for ATCO and ATSEP qualification make simulators necessary to understand the processes and routines during normal operations, but also in emergency situations and contexts of depreciated technology. This article tries to clarify terms and also highlights important features.

The stages during a flight

We look at the procedures that an aircraft has to run through in a arriving direction (departing direction would be absolutely the same). 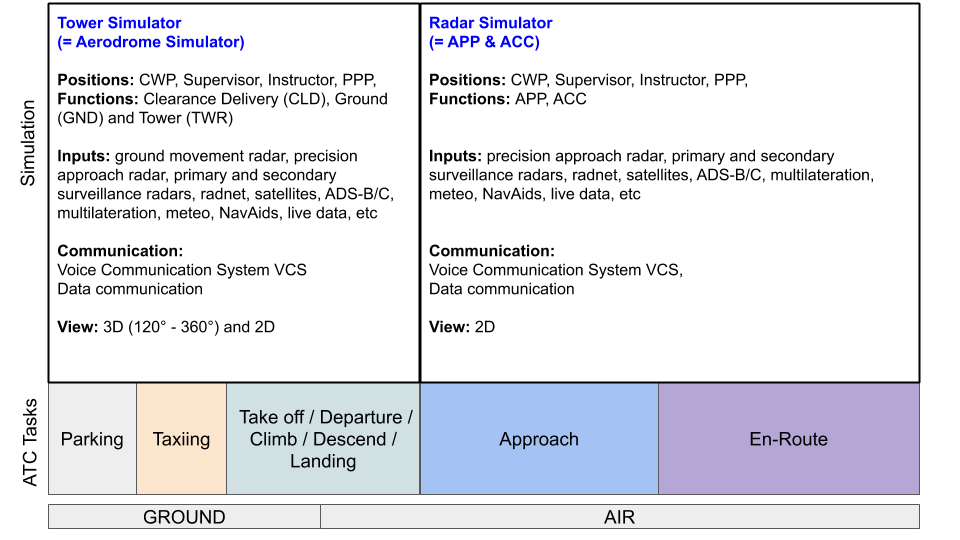 In the En-Route phase, meaning the phase on full flight altitude on a trip from location A to B, the aircraft communicates with the Area Control Center, with controllers dedicated to ACC.

When approaching an airport, the Approach Controllers take over, maintaining the necessary separation between the  aircraft which are approaching the airport until the aircraft descends approximately below 500 m altitude. The inverse process of Approach Control is called Departure Control. Both controllers have the same responsibilities and are located in the same room. We usually group both into APP.

Often (in smaller airports), Tower and Approach positions are held by the same controllers.

How are the simulators structured

Traditionally the simulators are structured into

These terms have historically grown and especially the term radar simulator is misleading, as it also includes navigation data, satellite data etc.

But let us look at both in detail.

The tower simulator includes the functions 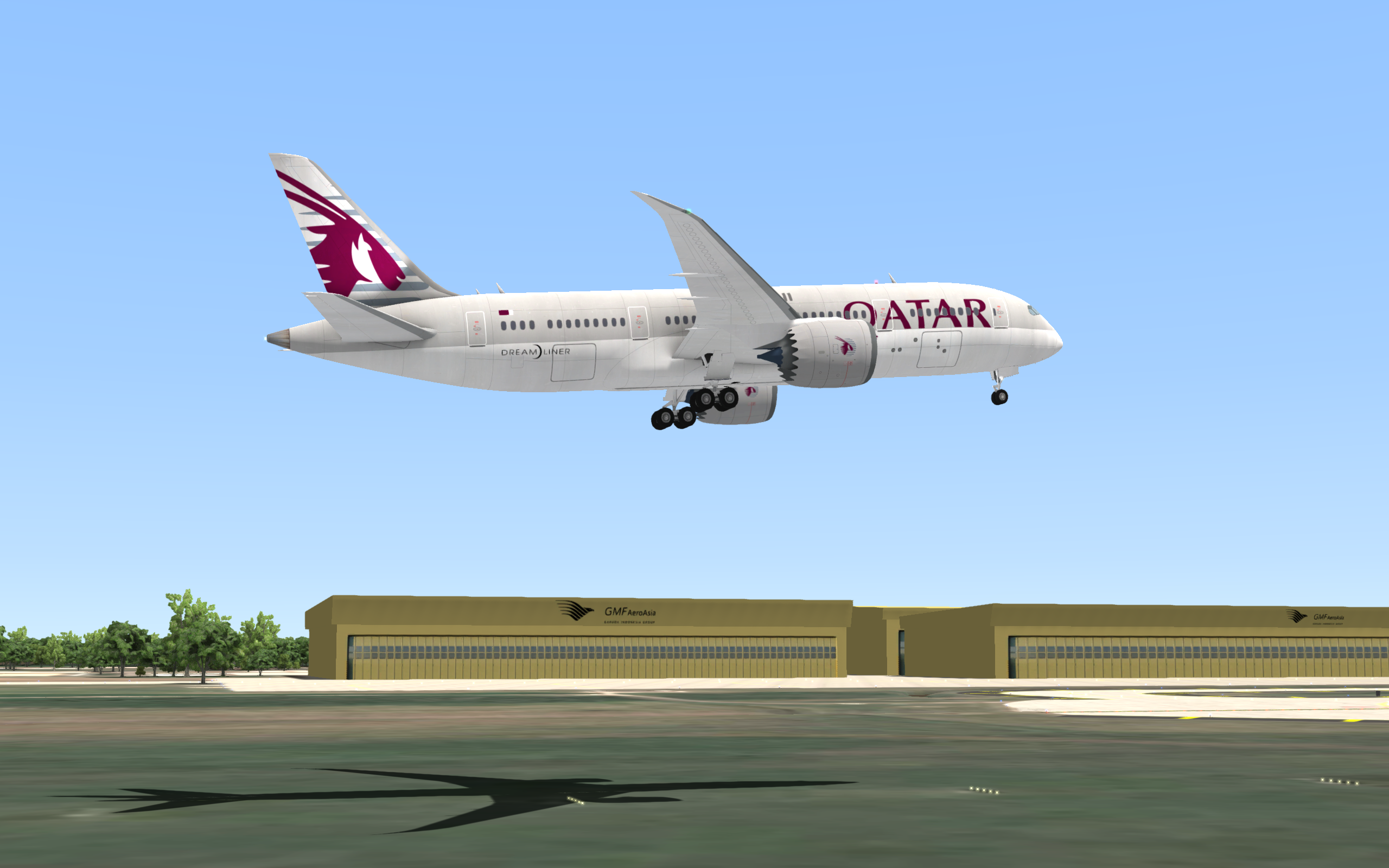 The radar simulator includes the functions 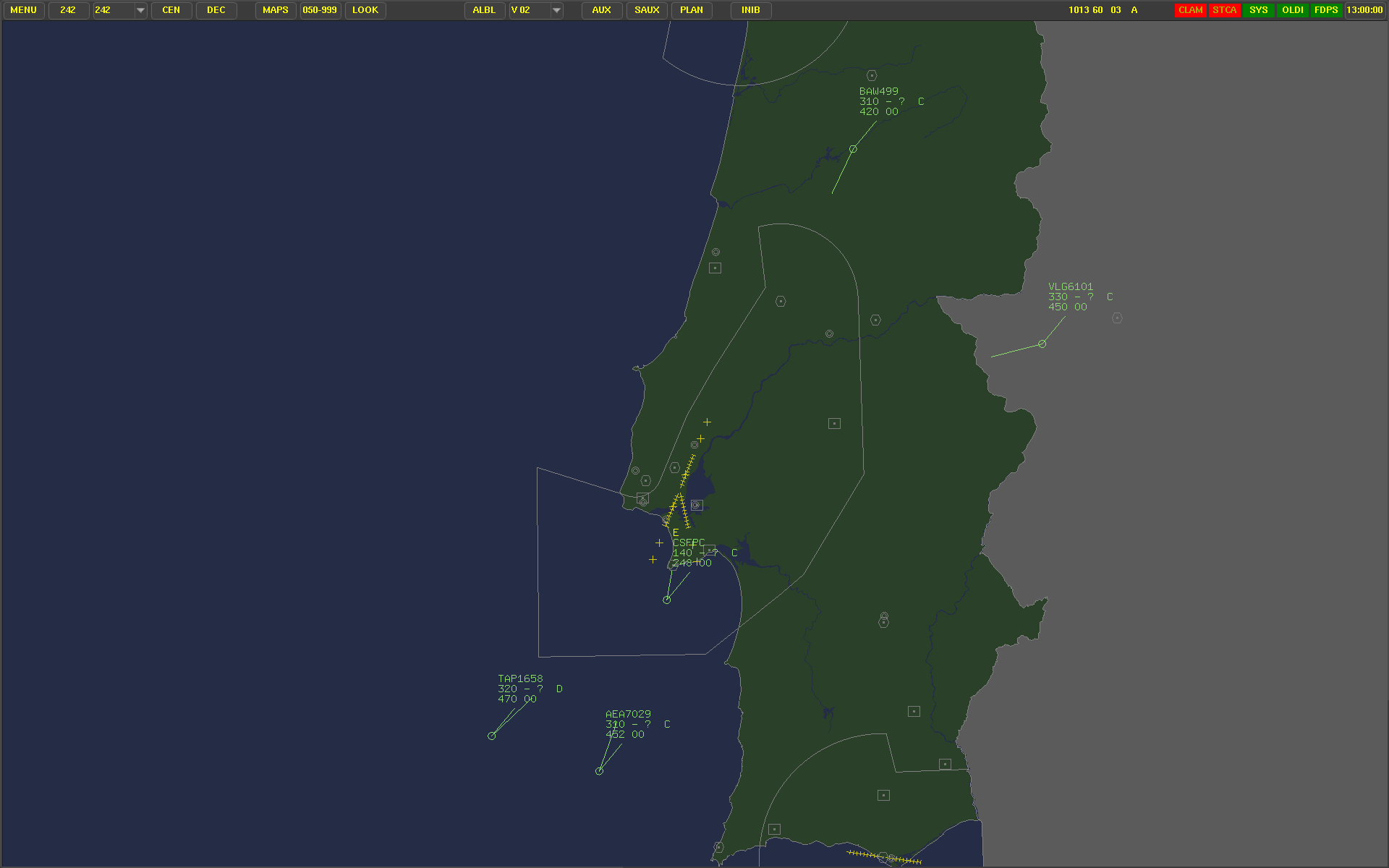 The controllers need to learn the tasks and procedures within a specific control stage
(TWR / APP / ACC). 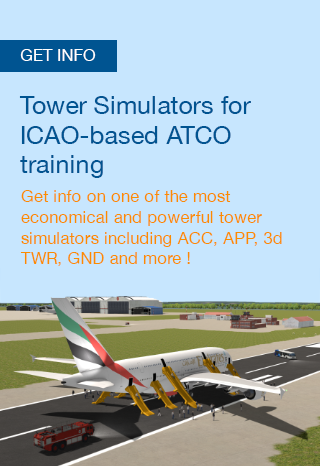 But they also need to understand the transfer and coordination between the control stages.

Coordination implies specific coordination procedures. This needs to be trained and practiced.

Coordination between specific control stages can only be done when a holistic Tower & Radar simulator is available.

Flexible staffing can only be trained when all stages are represented in the simulator.

Another relevant argument for a holistic simulator are "virtual control centers". This is a concept, allowing to create virtual Approach and Tower teams at airports, where no or not enough controllers are present.

Another argument for an integrated solution is the fact that it is much more economical to purchase a system which includes all functions than to purchase 2 independent systems with the resulting redundancies.

The traditional tower and radar simulator are optimized on a learning of procedures. This is quite useful for the ATCO, but the learning effect for the ATSEP is limited. We always advise to choose a simulator consisting of a real operational ATC system which is fed by a simulator and potentially live data.

This makes the learning effect for the ATCO more realistic, and provides a real serviceable infrastructure with the standardized data communication to the ATSEP. 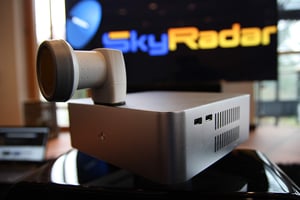 The Tower or Radar simulators will not be able to capture the physical features of a real radar (e.g., when looking at STC, C-FAR, Beam-forming, etc).

We suggest to complement the simulated training system with a real short range and in-house training radar.

This allows ATCO and ATSEP to real learn to apply, analyze, evaluate or synthesize radar behaviour. The personnel will gain a deeper understanding of the technical solutions with better proficiency in emergency situations and in cases of depreciated systems. SkyRadar produces training radars, allowing for independent training of 100+ concurrent learners. But these radars can also feed their data into the tower and adarsimulator through a standardized ASTERIX interface.

Imagine emergency situations on airports could be trained in a concerted training procedure involving ATCO, ATSEP, and the rescue and firefighting personnel.

SkyRadar allows for an extension of its simulators through ARFF systems which are integrated with the Tower & Radar Simulator as well as the Distributed Control Systems of critical infrastructure like kerosene tanks. What is an Aerodrome Simulator, a Tower Simulator and a Radar Simulator?