A collection of articles and resources

Unit of Measurement of Radar Cross Section in the PPI

The absolute value of the radar cross section depends on the transceiver card and the involved amplifiers. When displaying it as relative figure, it is depicted in dBm² (meaning dB multiplied m²).

The decibel (symbol: dB) is a relative unit of measurement corresponding to one tenth of a bel (B). It is used to express the ratio of one value of a power or field quantity to another, on a logarithmic scale, the logarithmic quantity being called the power level or field level, respectively. Two signals whose levels differ by one decibel have a power ratio of 101/10 (approximately 1.25893) and an amplitude (field quantity) ratio of 10​1⁄20 (1.12202). Based on this definition, 0 dBm² stands for the RCS of 1 m². 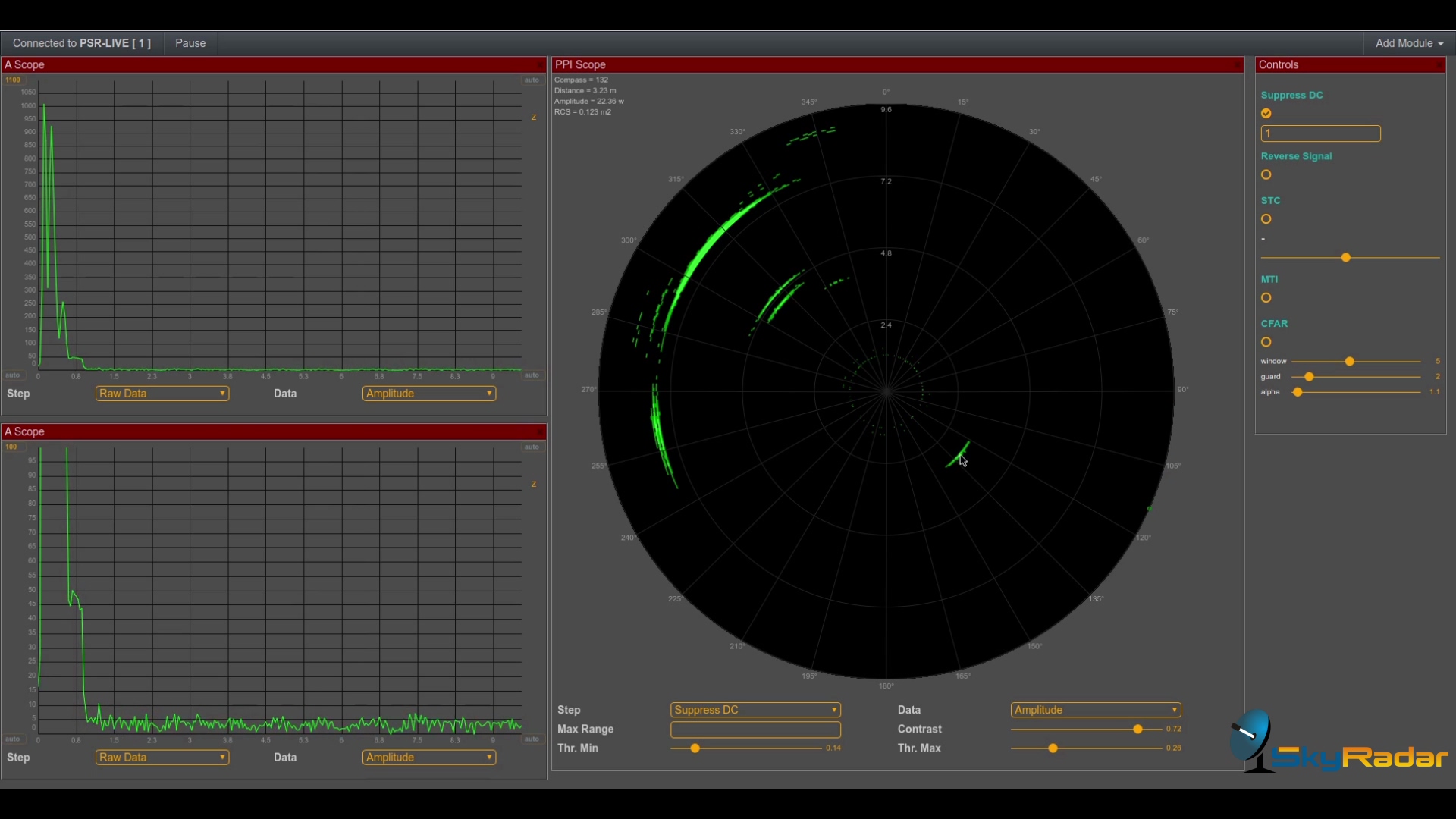 REQUEST FOR A DEMO