A collection of articles and resources

FMCW base module and SAR module - How do they work together?

SkyRadar's FMCW and SAR Product work together. They help to demonstrate underlying theory and principles of FMCW and SAR and introduce into a targeted application of the radar concepts in practice.

The FMCW radar (Frequency Modulated Continuous Wave Radar) is a Continuous Wave radar where the transmission signal is modulated in frequency. The FMCW based module operates with high resolution radar transceiver, 3 receiving channels and a phase-locked loop transmitter.

The wave-form is generated through a Voltage Controlled Oscillator. Several frequency modulated continuous wave forms are made possible (including triangle, saw-tooth, square and FSK). 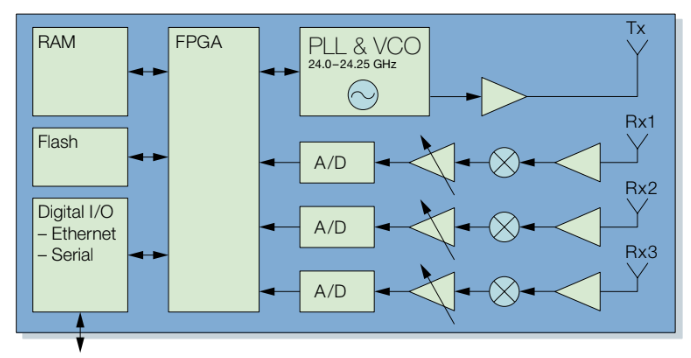 Cooperation of FMCW and SAR system

The FreeScopes software allows for comfortable control of the system.

The software also provides calculation and visualization for the Synthetic Aperture Radar extension.

In fact, the basis of every Synthetic Aperture Radar (SAR) is an FMCW radar. An FMCW radar is moved horizontally along the target. It shoots radar images in same-sized increments. Then it aggregates the results into a high resolution image. The minimum step-size (increments) is < 1mm due to a high precision step motor. So maximum displacement (stop position) is around 2.00 m. Logically the maximum displacement is also the maximum step size.

The vertical distance resolution of the system is appox. 83 cm. 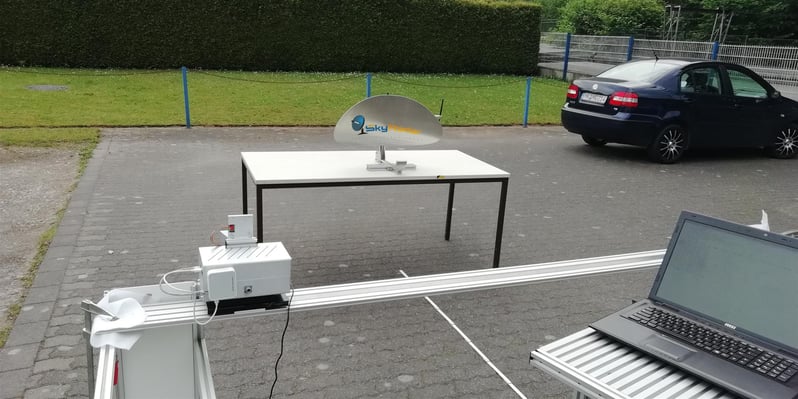 The SAR signal is produced as follows: 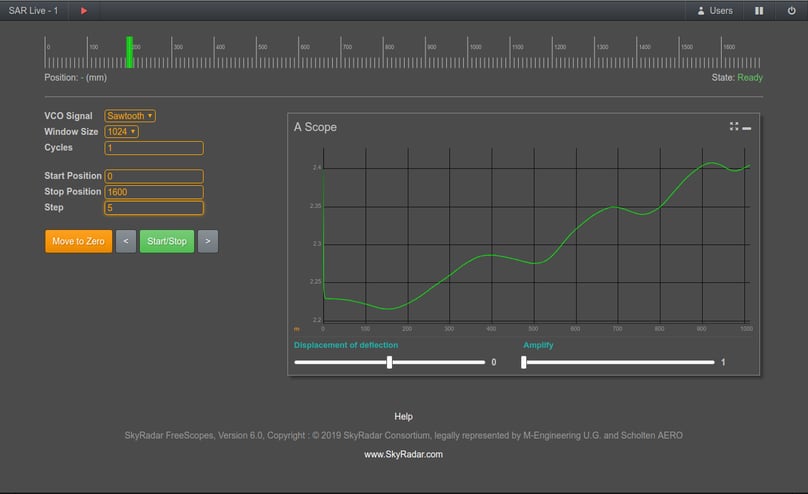 The SAR system includes a means of sophisticated clutter elimination:

Step 1: the location is scanned without the target

Step 2: the location is filmed with the target

The final image of the above shown experiment will look similar to this one:

SAR can make use of all features available in the FMCW screen. So the typical image optimization can be done, such as

Read more in the page: Exercises for FMCW.

The SAR module is dedicated to show the mathematically basics for a synthetic aperture in practice. It uses a primary antenna with a real aperture and relatively poor horizontal directivity. After the processing the SAR shows the surroundings with noticeable improvement in the resolution capability. The higher number of measurements (i.e. the pulse repetition rate) and a broader antenna pattern improve the resolution of the radar image.

In addition, clutter elimination through deduction of the empty location image is part of the SAR sequence.

Many additional SAR specific exercises can be added.
E.g.,

REQUEST FOR A DEMO